Bitcoin is the world’s first peer-to-peer decentralized cryptocurrency launched by a person pseudonyms as Satoshi Nakamoto. It uses a technology where cryptography verifies transitions based on the encoding and decoding process. Many of the users do not know that BTC can be divided into smaller units known as Satoshis.

Many analytics think Bitcoin could be the best currency for cross-border payments, which is not bound by any country’s law. Many experts also suggest that the BTC has the value of gold, and it could be treated as an asset, and it cannot be treated as a currency because it is volatile. BTC was in a downtrend in the last couple of months. Let’s analyze the Bitcoin price chart now. 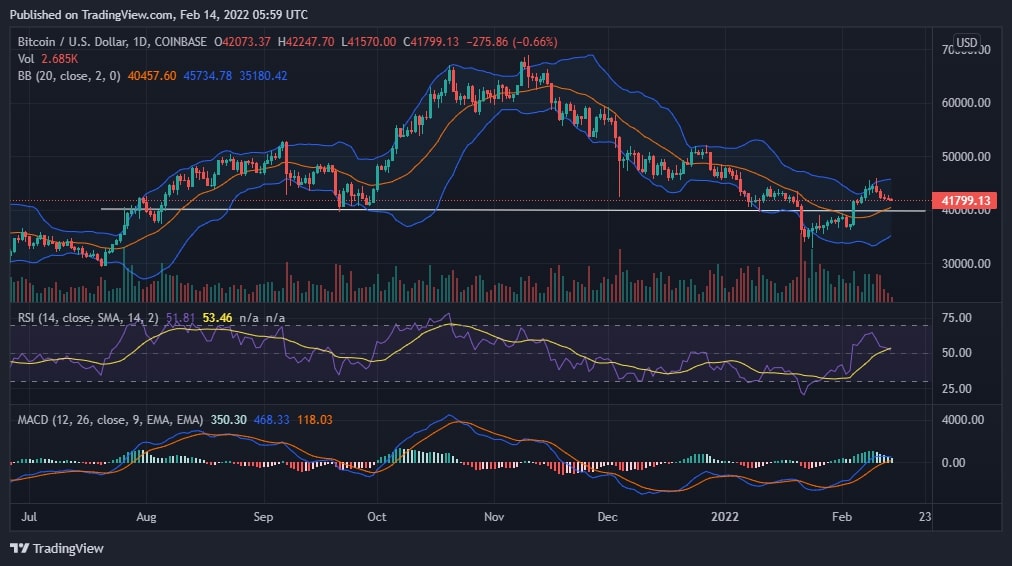 While writing, the price of Bitcoin is $41777, which is in the downtrend again. We think it is a consolidation period after a long bull run in the last couple of years.

On the daily chart, the candlesticks hit the upper half of the BB, and now it is coming down to the baseline, which is also a strong support level. Please look at the trendline; you will find the candles have found support four times in that level.

On the other hand, MACD is bullish, and RSI is also stable above 50. That means, in the short term, it is bullish. However, we do not think that the Bitcoin price will cross the $45K level depending on the current scenario. 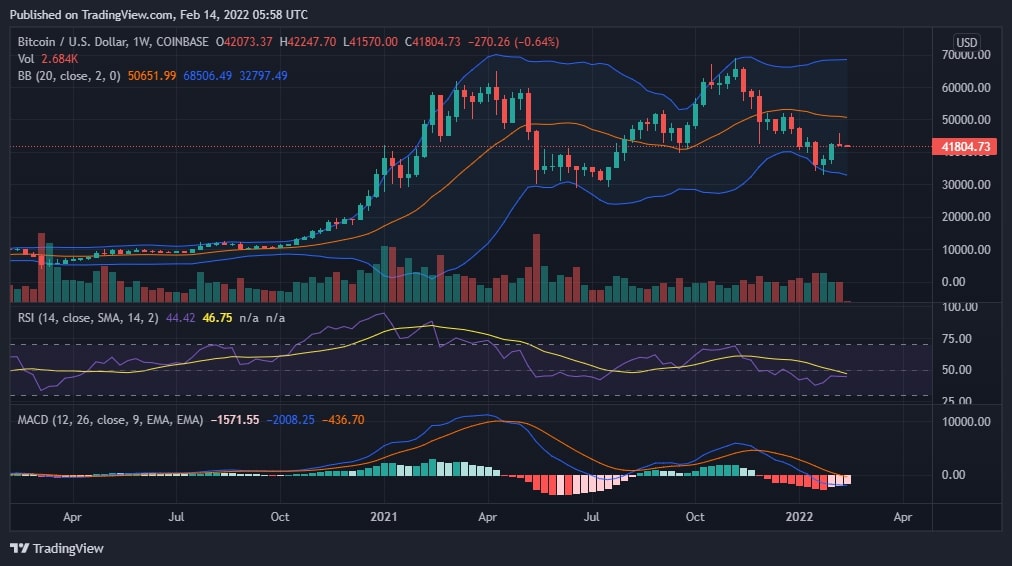 The weekly chart is forming higher highs and higher lows, but the last two weekly candles are red, which suggests a short-term bearishness. If it comes down, BTC may reach the level of $37K. Besides that, the MACD is bearish, and RSI is stable at around 45. If it goes upward, then $50K is the strong resistance level, and it may not break this level within a couple of months.

Should you invest in Bitcoin? Though crypto income is unpredictable, many experts think BTC is a less risky investment than other cryptocurrencies. If you want to get more information about the future of Bitcoin, you should check experts’ opinions projections and do your own research before investing in the short term or long term.

Though this price point is good for long-term investment, we think $37K is a better time to buy BTC, with a stop loss of $33K. However, you should keep a target price of $45K. World indices are down, so the crypto market is also down due to several reasons. The market will be volatile this year.

Okcoin Becomes the First in the US to Add Stellar USDC