The crypto market has experienced its fair share of ups and downs this year. The crypto crash spread the feeling of fear across the crypto community, making people hesitant to purchase their beloved currencies. Avalanche (AVAX) and Dogecoin (DOGE) could not escape the crash, but they are now bouncing back as the market slowly recovers.

So, how can Dogeliens (DOGET) compete with two cryptocurrencies at the forefront of the crypto market? Dogeliens has developed an intriguing ecosystem that prioritizes gaming and charity, helping those in need while allowing its users to earn while playing the Dogeliens game.

During the crash, the Play-to-Earn (P2E) sector slumped along with the rest of the crypto market. Dogeliens aims to revive this sector, taking it to heights it has never seen before. To do that, Dogeliens has created a game that allows users to participate in a battle arena, relax, and explore the magical land of Puptopia.

To access Puptopia, you need your very own Dogelien Pup. The Pup is purchasable on the internal NFT marketplace, along with cool accessories to customize your Pup to your specific style. Once you have your Pup, you can enter the battle arena and face off against other rivals, increasing your Pups rarity if you win!

Conversely, you can take a relaxing walk collecting fruit and flowers, harvesting them into accessories for your Pup. However, if you don’t want to play the game, there are a plethora of other activities you can access on the platform. Dogeliens believes everyone deserves the right to an education, so it has made multiple educational resources available on its platform, free of charge!

Avalanche prides itself on its high performance. Due to its Proof-of-Stake (PoS) consensus, Avalanche can process thousands of transactions per second. The mammoth speeds of Avalanche have made it an extremely scalable platform.

Additionally, Avalanche is CPU-Optimal, meaning it is energy efficient. It is reported that Avalanche uses 200,000x less energy than Bitcoin (BTC), a Proof-of-Work (PoW) platform that is often criticized for its energy usage. Could Avalanche become a viable alternative to the Bitcoin blockchain as cryptocurrencies are held accountable for their energy usage?

Avalanche allows its users to stake their AVAX tokens on the Avalanche platform. Staking your tokens entitles you to stake rewards, like an 11% Annual Percentage Yield (APY) on your staked AVAX!

Dogecoin – The Inception Of The Meme Coin Market 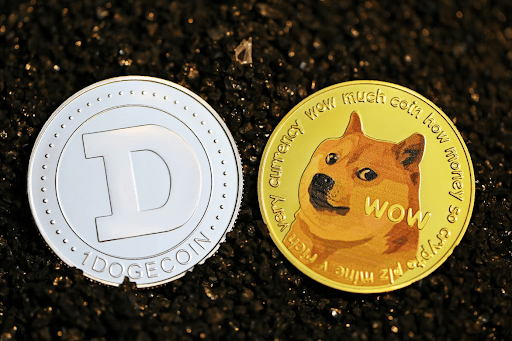 Considering Dogecoin was initially created as a joke, it has done tremendously well thus far. Its creators, Jackson Palmer and Billy Markus, had no idea what they were getting themselves into when they started the cryptocurrency. At the time of writing, Dogecoin sits as the tenth-largest cryptocurrency, with a market capitalization of $8.4 billion.

The common theme with meme coins is hype. The coin will stay successful if its community can generate hype around the platform. The self-proclaimed Dogefather, Elon Musk, has frequently tweeted his support for the coin, catapulting its value up by 20% on some occasions.

Dogecoin has risen by 6.88% in seven days at the time of writing. Although Dogecoin is not at the height it once was, it shows the meme coin’s ability to fluctuate in price, allowing some users to make a profit on the coin if they purchase it at the right time.

Avalanche and Dogecoin have created ecosystems that have helped them stay at the top of the crypto ladder. They host loyal communities that generate hype around the platform, spreading FOMO and inspiring others to join.

However, Dogeliens combines utility, P2E, and memes into one platform. The game is engaging and caters to the growing population of gamers with its fun nature and battle elements. The future looks bright for Dogeliens as it aims to bring excitement back to crypto and compete with Avalanche and Dogecoin.

Can Ethereum, Polkadot, and Big Eyes Coin Be The Biggest Earners In The Next Bull Market?