The Web3 browser MetaMask took to twitter to inform that Google Play App Store has suspended their DApp browser for android users curtly citing no valid reasons behind the action.

MetaMask finds it inappropriate and expressed their concern via Twitter.

In the last week, the MetaMask Android client was suspended by the Google Play App Store @googleplaydev. They cited their policy that bans mining on mobile, which we don't. Appeal rejected. #ProtectWeb3.https://t.co/rfP4EbOAqv!?zippy_activeEl=cryptocurrencies%23cryptocurrencies

MetaMask elaborated that the reason behind this suspension was Google’s anti-mining policy on mobile phones.

As per Google, MetaMask had violated its financial services policy.

However, MetaMask has denied violations of any rules and has denied mining operations on the devices and cited that it was Google policy of precautionary web3 standards.

The MetaMask tried to appeal to Google to reconsider its decision, but it was not entertained yet; hopefully, the issue will be resolved soon.

MetaMask also informed that as part of the standard precautionary measures, Google had previously suspended Chrome browser extension as well.

Currently, MetaMask is actively involved in the mainstreaming process of Ethereum. It acts as an interface and intermediary between conventional web browsers and centralized networks.

Through the MetaMask, the users could access Ethereum DApp without running the blockchain nodes on their browsers.

The sudden prohibitory action by the Google play store will have an adverse effect on the mass adoption of the Ethereum DApps. It will be problematic for the chrome users to access the Ethereum DApps without the extension.

However, other popular browsers running the MetaMask, including the Mozilla, Opera, Firefox, and Brave, are not being affected by the ban.

“I very much hope that this was an honest mistake on the part of Google’s reviewers, but in combination with all the Crypto YouTube bans it puts me at disease about how Google is engaging in decentralizing technologies. If people accept this behavior from a mobile monopoly like Google, we may not deserve something better.”

Apart from Google, YouTube too took such precautionary measures recently by removing several cryptocurrency-related videos and content from YouTube. It further claimed that the act was an error; some contents will be recovered.

These regulatory measures have disheartened several content creators and as per the online buzz, many of them are exploring decentralized alternatives for content creation.

CHANGING THE GAME: The World’s Biggest Sportsbook in 2020 could be a cryptocurrency site 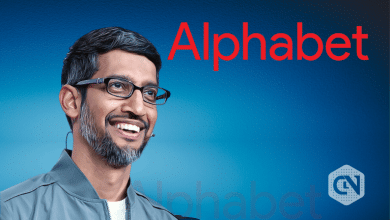