Microsoft’s blockchain-powered cloud service, Microsoft Azure has announced new tokens and blockchain data management services across blockchain ledgers. The company revealed this move aiming to simplify the tokenization process, including the creation and management of tokens developed in compliance with industry standards.

The new services and new tools will facilitate Azure customers to utilize the services with more ease. The company aims to introduce pre-built templates and a wide gallery to exhibit them for the users. The associate partners have developed the extensive gallery and both of these tools will be added in the future.

“With this latest offerings, we can now offer customers an end to end experience of easily creating and managing tokens for physical or digital assets via digital Azure Blockchain Tokens (preview), in addition to managing the blockchain network itself via Azure Blockchain Service.”

The blockchain manager service will ease the process of the formation and maintenance of blockchain-based networks. The feature will enable the users to collect blockchain ledger data, transform it and deliver it to multiple sources through the Azure Cosmos DB and Azure SQL Database. This service supports transaction data on both public and private blockchain ledger, thus easing the process of integration of the existing application with data.

Microsoft Azure has commenced another big announcement this week, which introduced a reward program “Azure Heroes,” non-fungible blockchain tokens for the developer community.

Why Is It Better to Trade Bitcoin with CFDs? 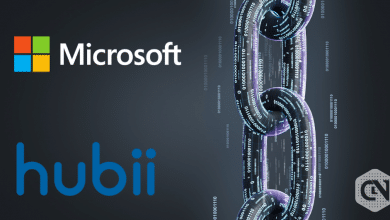