Monero was invented in April 2014 as a private cryptocurrency for anonymous transactions giving complete authority to the users on their funds and assets. Monero has been growing consistently and partnered with Fortnite, one of the largest online games with millions of members in the community, to promote mass adoption of the XMR coin. This move has contributed immensely to the growth of Monero, which has maintained positive market data constantly. 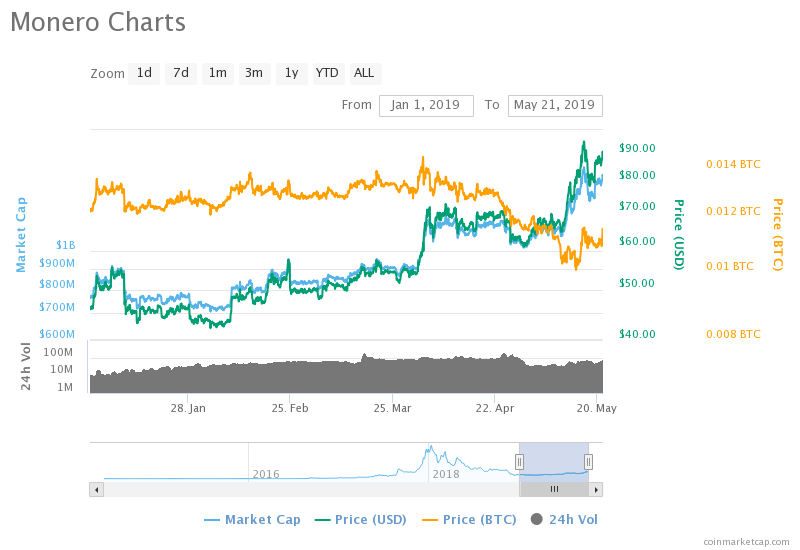 The XMR price peaked to an all-time high value of $495.84 in January 2018. In the year 2019, the coin has shown a consistent growth curve with the prices since the beginning, and it has the potential to cross its all-time high value by the end of the year. Although the governments across the world are now tightening security in crypto transactions, which can hamper the growth of private currencies like Monero, the market sentiment continues to be positive in favor of the currency platform. This can lead to a price surge of over 500 USD by the end of 2019, setting a new benchmark for 2020 by which the price can reach up to 700 USD.

Investing in Monero (XMR) is a good option now as the currency will give better dividends in the next 2 years. Therefore, do read about Our XMR Price Prediction for further news updates and price fluctuation details in near future.