REN was initially ideated in 2018 after raising over $38 million in its Initial Coin Offering. Formerly carrying the longer name of Republic Protocol, the real deal happened after the release of RenVM or virtual main net for which REN token is used as a bond supporting the nodes required by RenVM.

With a decent market capitalization of above $1.07 billion, it holds the 87th position. Ren aims to improve the accessibility of decentralized finance by removing the barriers between the liquidity of different blockchain networks.

REN has maintained an uptrend movement with buying sentiment pushing the value from the lower trendline. Both profit booking and jump to new highs have marked profitable scenarios for buyers and sellers. Despite a tight trading zone, the widening gap between recent lows and highs with higher lows is a positive indication. 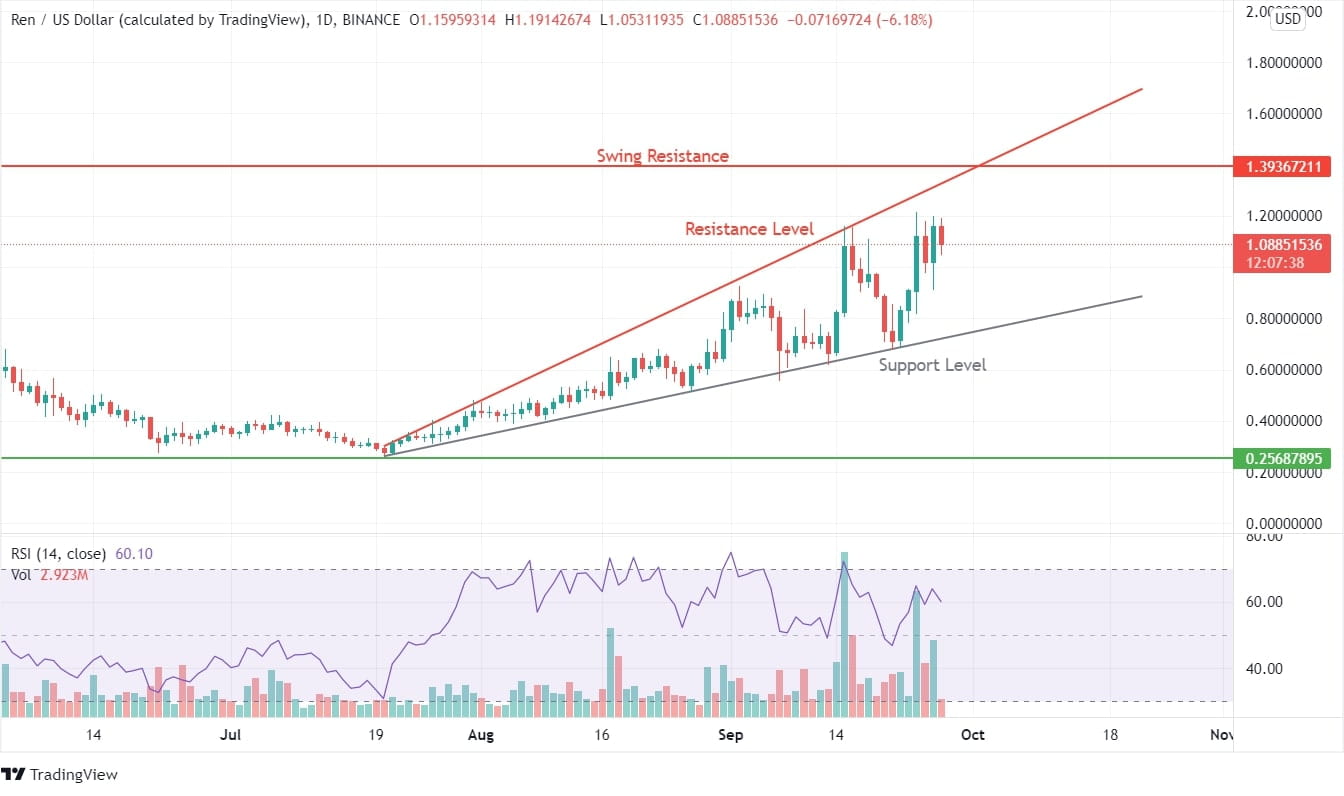 Ren cryptocurrency has a strong trend line support which has helped maintain the positive sentiment. At the current frame, the RSI pattern is hitting the upper limit, indicating a positive stance of REN. While there has been steep profit booking to the tune of 30 – 40 percent, it never converted into a rally. As per the last up move, REN is taking support from $0.68 to $0.120. It comes out as a movement of above 80% within a week.

Such a downside move carries a risk of only a 40% downfall, making this price action unique and favorable for both buyers and sellers. Volumes have taken sudden jumps, but it’s not enough to incite something special. Based on REN price prediction, one should take precautions if the REN price hits the trend line of either resistance or support levels.

Telos EVM Is Light-Years Ahead of Its Competition 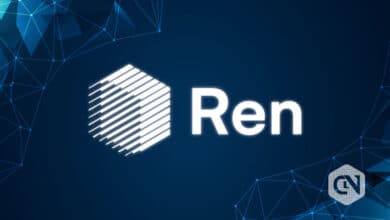