Tether is a controversial cryptocurrency backed by Tether limited. It is a stable coin which claims each token to be pegged to 1 USD, with plans to anchor to other fiat currencies too. It was designed to be worth $1 always. Tether was termed controversial because of the company’s failure to provide a promised audit to exhibit the reserves backing tether, its role in tampering the price of Bitcoin, the unclear relationship with Bitfinex exchange platform and the company’s lack of a long term relationship with financial institutions. USDT is not issued on a new blockchain; instead, there are four versions of the token in the market. Tether uses the Omni layer protocol to issue assets on the bitcoin blockchain, and the same protocol is utilized to mint Euro tether tokens. There are EURO and USD Tether ERC-20 tokens on the Ethereum blockchain. 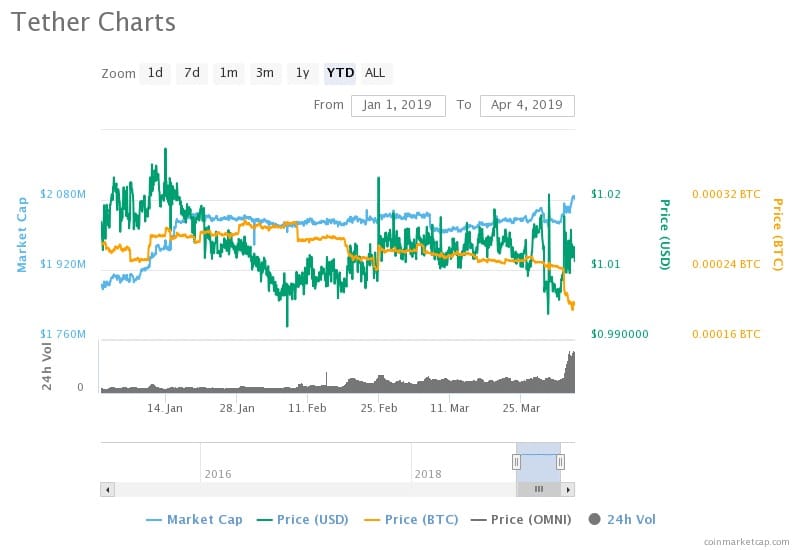 Tether is a stable coin and is pegged to fiat currency, and hence buyers with long term plans are advised to purchase USDT as a temporary hedge and not consider an investment. The current market trend is evident with its support and a profitable outcome for traders with short term investments.

Cardano (ADA) Price Analysis: Recurrent Growth in Cardano’s Market Might Push it Closer to Top Trading Cryptocurrencies by the end of 2019

Bitcoin’s Rally Continues as Bulls Make it Trade for Over $10,000 on Binance Stablecoin Trading Pair