The argument between socialism and capitalism is one for ages and continues to be arguably the biggest one in the United States. The argument was once again triggered on Thursday evening when ShapeShift.com CEO and Founder, Erik Voorhees tweeted that wealth tax is unethical, but the socialists don’t realize this. He also added that Bitcoin can be a relief for seeking to avoid the “dark times.”

There seems to be no way to convince the socialist mob that wealth taxes are both unethical & will lead to economic ruin, mostly for the poor. Sadly, this is something they'll need to see for themselves. It means a dark time for many people ? For everyone else, there's Bitcoin

There’s a group of people who have always been against excessive taxation on corporates and wealthy individuals. One of them is computer scientist John McAfee, who has time and again stated that income tax is organized stealing of wealth.

Similarly, Voorhees, too, considers wealth tax seriously discouraging for wealth creation. When asked to elaborate a bit on his point of view as to why would wealth tax lead to economic ruin, he said,

I could recommend a lot of books on the subject… but most simply if you penalize wealth creation, you will get less of it. Rep. Alexander Ocasio-Cortez, for example, has proposed a 70% income tax rate. At that rate, I would personally stop working on anything wealth generating. I employ 70 people.

Historically, taxing wealth creation excessively has had more negative than positive implications; for example, in 2015, French President François Hollande was forced to drop the 75% wealth tax imposed on the economy since 2012, after wealth creation in the economy took a major hit. Even in India, before the liberalization of the 1990s, the country had exuberant taxes, which hindered growth and development. After the liberalization led by the finance minister Dr. Manmohan Singh, taxes were reduced, along with other reforms like reduction in import duties, resulting in unprecedented growth.

While replying to the people claiming that America’s problem lies in the fact that it is a capitalist nation, Vorhees made a unique argumentative statement. He stated that he supports capitalism and that the US isn’t a capitalist country.

American Capitalism is not capitalism. It is a mix of socialism (half of peoples’ income is stolen and redistributed by the state) and cronyism (political privilege is granted to some over others). Even money itself is centrally planned (USD). That is not capitalism my friends.

MoneyGram CEO: 10% of Transaction Volume between US and Mexico Moves Through ODL

Why Are Cryptocurrencies Becoming a Mainstay of International Business Platforms? 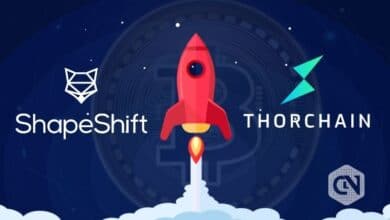 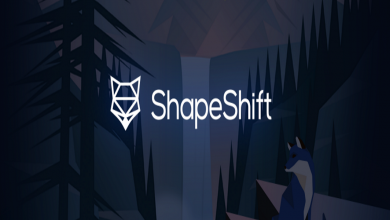 May 18, 2019
Support CryptoNewsZ
Donate with Crypto