Currently, the AMP token ranks at 84th position in terms of market capitalization with net liquidate assets of $937,363,094. The circulating supply of AMP tokens is 42.23B. The situation around AMP was favorable only till June 2021, when it hit a value of $0.121 on charts.

Since the impending profit booking, AMP has faced stiff resistance and subsequent breakdowns at frequent intervals. With an 80% decline since the June 2021 peak.

AMP’s last breakdown was halted at $0.02 levels, but due to back of buying sentiment, that small bounceback of Feb 2022 was quickly engulfed by negative sentiment. After hitting the fresh low of $0.021 on 23rd February, small signs of retracement helped AMP bounce back until the first week of April.

After the first week of April, a downtrend rally repeated history and breached an even lower level of $0.0206. Find more details about the future price levels and AMP forecast here! 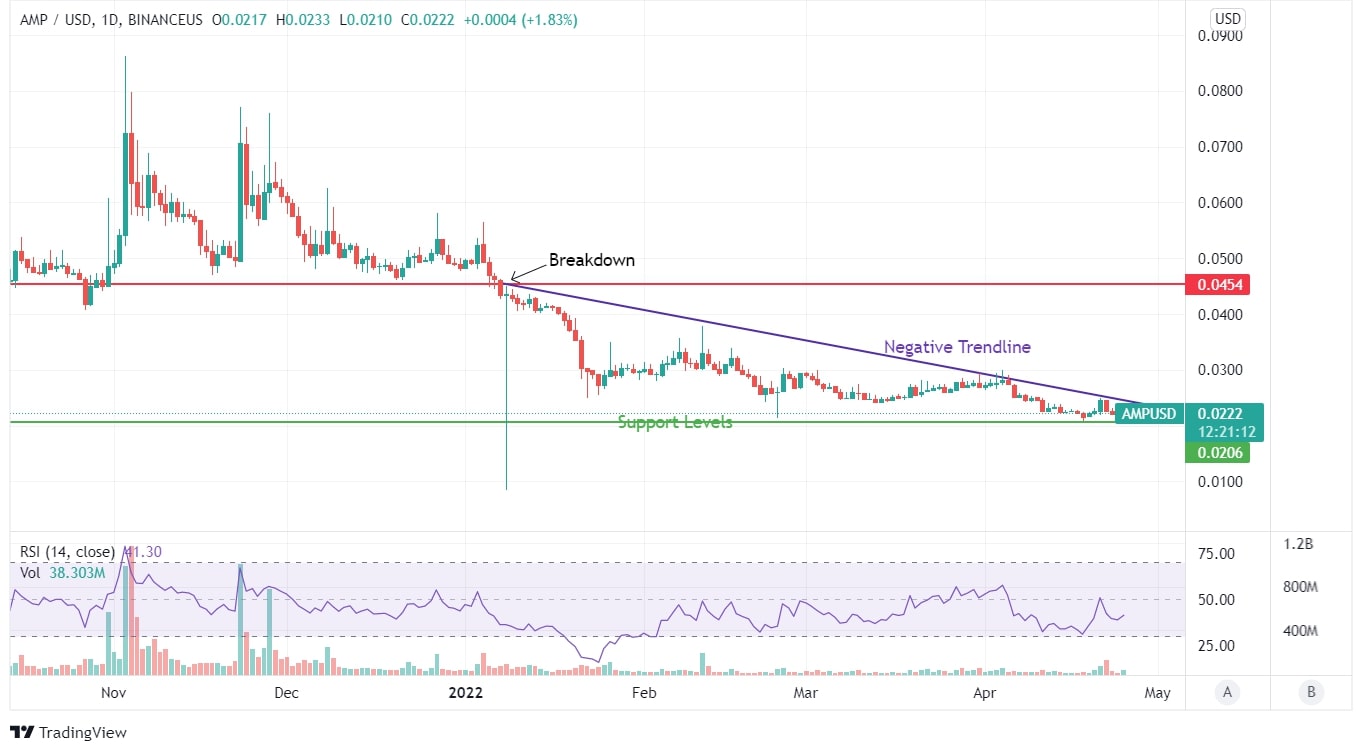 AMP price trend is visibly negative, and any chances of bouncing back to previous highs would require a huge improvement in the market position and user base. Since such a feat could take a long, AMP coin holders should not add more AMP tokens in a falling knife trend. Small buying should be appraised, but averaging the entire investment after a considerable decline would be highly damaging.

AMP trendline indicating a decline is quite gentle, and profit booking has happened over four months in 2022. A jump back to previous highs would require significant market support from the traders.

Since support seems to be developing at around $0.022, investors should look for an opportunity to add some AMP tokens to earn hefty profits in the long term. Positive sentiment can return at AMP only after prices take over the breakdown level of January 2022, marked at $0.045. 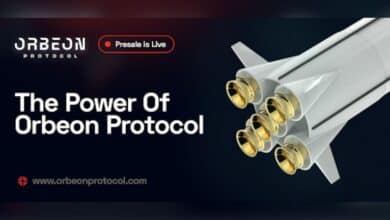