With its decisive price action and buying sentiment even after the fall on September 07, Avalanche has made a historical attempt for the fastest entry into the top 11 cryptocurrencies in less than two weeks. Despite a sharp fall on the 7th, touching a fresh monthly low of $30.50, buyers rushed to get their hands on this cryptocurrency, pushing its value to a new all-time high of $77.

Though the Avalanche price rally was intense, it lived a short life. AVAX failed to trade above the immediate resistance level of $70. At present, it tested the current trend line from September 09 and marked a fresh high, fell back to the trend line, took support, and moved to a new high again. There is a high probability that this pattern is repeated for the third time.

There is a very high probability of a renewed buying action to be seen on Avalanche with the price movement. Retracement from the trend line as support can push the AVAX coin to become a three-digit cryptocurrency hitting a $100 valuation. At present, the market cap is at just $14 billion, with only 30% of total cryptocurrencies in circulation.

AVAX cryptocurrency faces some profit booking after failing to withstand the profit booking mode at $70 levels. Despite trading at a negative 10%, there is a strong sign of respecting its recent trend line from September 08 onwards. 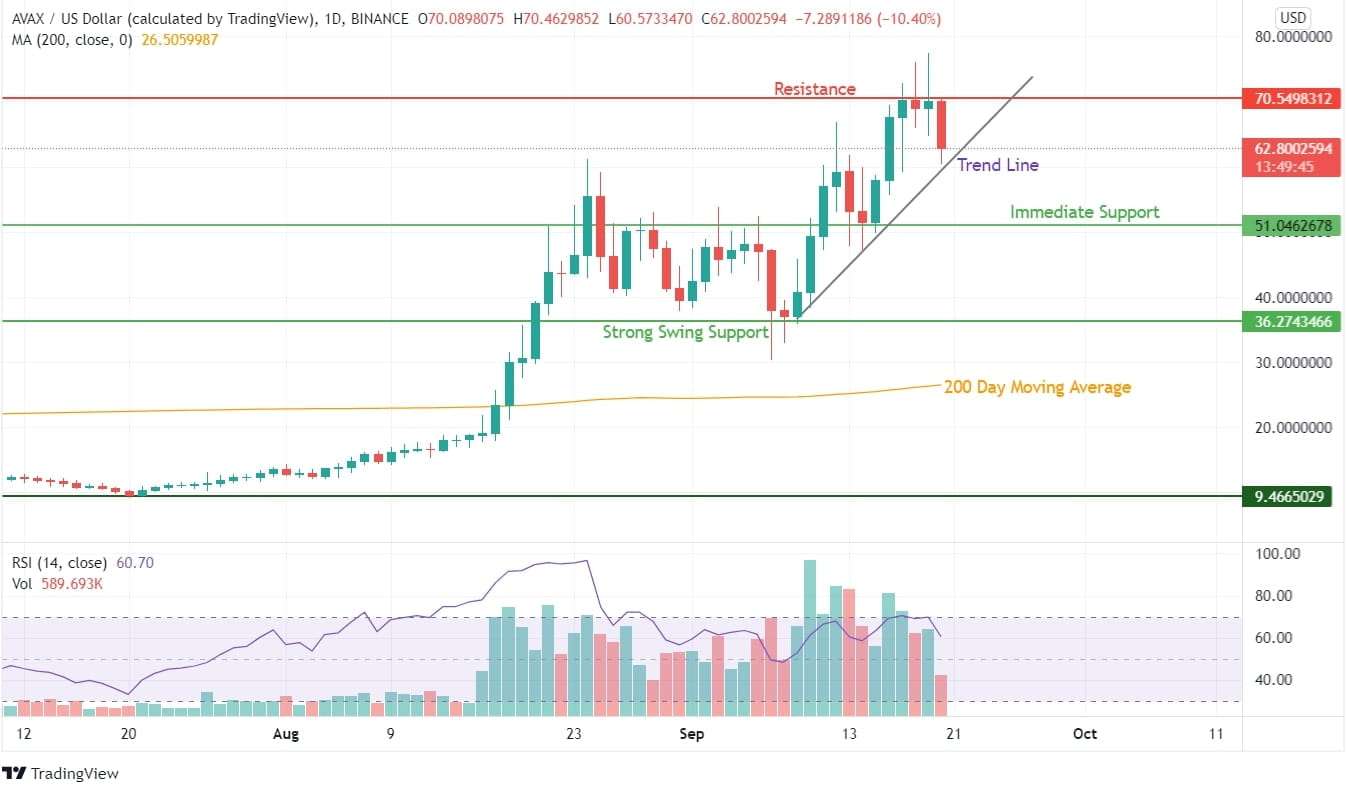 AVAX followed a unique price action backed by very high volumes, which are almost seven times before August 15, 2021. At the current level, the trend line is an actual technical drawing that supports the profit booking. More supports are active at $51, an immediate support level. Followed by solid swing support at $36.50 levels.

The current positive trend on AVAX is backed by the vast gap between its 200 DMA and currently traded value, followed by higher volumes and equivalent RSI levels. Although there is a slight dip in RSI levels, it is because of the price action from marking a new high of $77 to falling 19% in just two days. In addition, the profit booking from a new all-time high has created an environment of fear and panic among recent buyers.

On the other hand, AVAX has projected strong price action candles, and it can retake the $70 level within a day of positive buying as per our AAVE price chart. 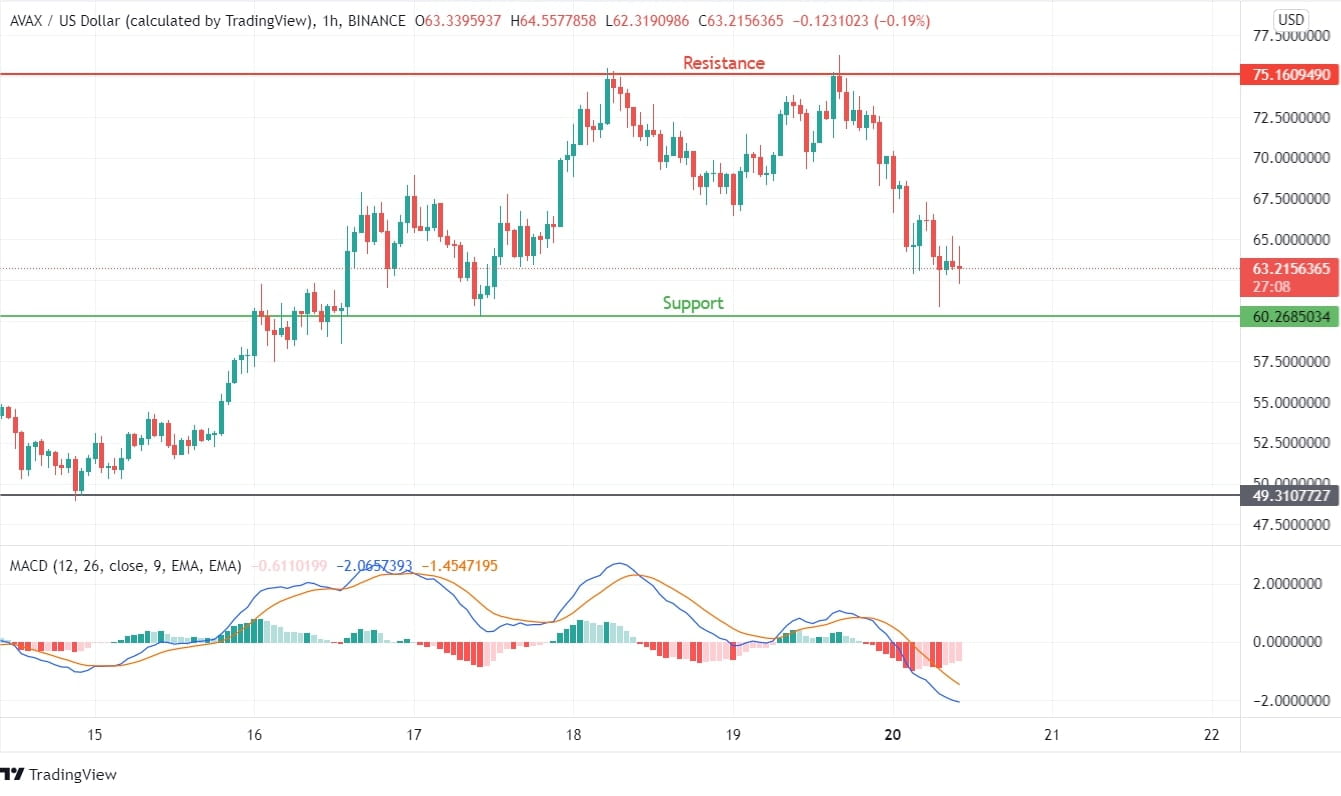 Avalanche took a sharp jump from $50 towards $67 levels and even withstood a profit booking pressure with support from the $60 level before making a fresh high of $75. Unfortunately, $75 has evolved as a rejection zone for its buying sentiment, pushing it down. The next time AVAX touched $75, it fell back towards $63 levels. Since there was support at $60 levels, we can expect it to take a bounce towards claiming the high of $75. MACD supports the selling sentiment as the curves dip in the negative axis for the first time in the last four days.

Big Eyes Coin to the Cryptocurrency Rescue Like Aave and Decentraland

Supontis on the BNB Chain May be a Competitor for Harmony

Moshnake, BNB, and OKB can be Strong During the Next Bull Run!