Bitcoin traders are back in action and this time with an arsenal of volume at their back. BTC price has to cross the $42,000 levels to remain in the bullish sentiment, but we witnessed a sudden and consistent fall from the level to $38,000.

Bitcoin has the fundamental potential and buyer sentiment to retest even the $50,000 levels in the coming days. Given the newfound rally after touching new year lows in July 2021, Bitcoin took support from the same levels it advanced in January and June 2021.

The good thing about this fallback is the testing on buyer potential and scope to reach higher targets. Bitcoin enthusiasts have once again proven that they are bent on taking BTC higher. For now, we need to watch the price action near the $42,000 level to identify further potential in this cryptocurrency. There are several technical indicators and levels that can help estimate the upcoming price action of BTC. 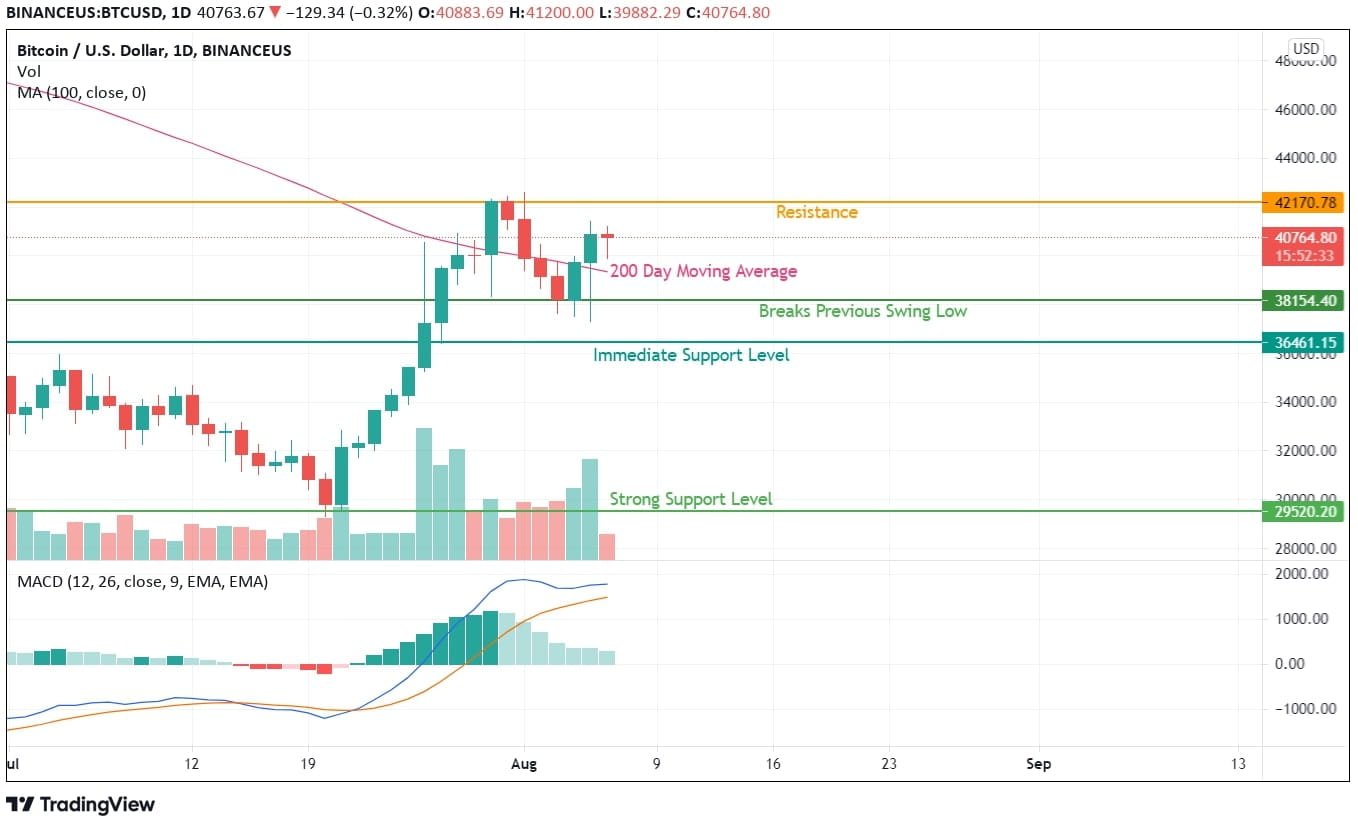 On daily levels, BTC is expected to take support from the $36,600 levels. But given the price action near the high of the last swing, it comes around $38,150, which has also worked as a bounce-back zone for the last two trading sessions.

As of now, Bitcoin is trading close to $41000, and we should expect a breakout rally towards $45,000 once it manages to cross the resistance of $42,000 with a substantial size candle on hourly charts. Under the circumstance of a massive sell-off, BTC has its long-term support active at $29,500. 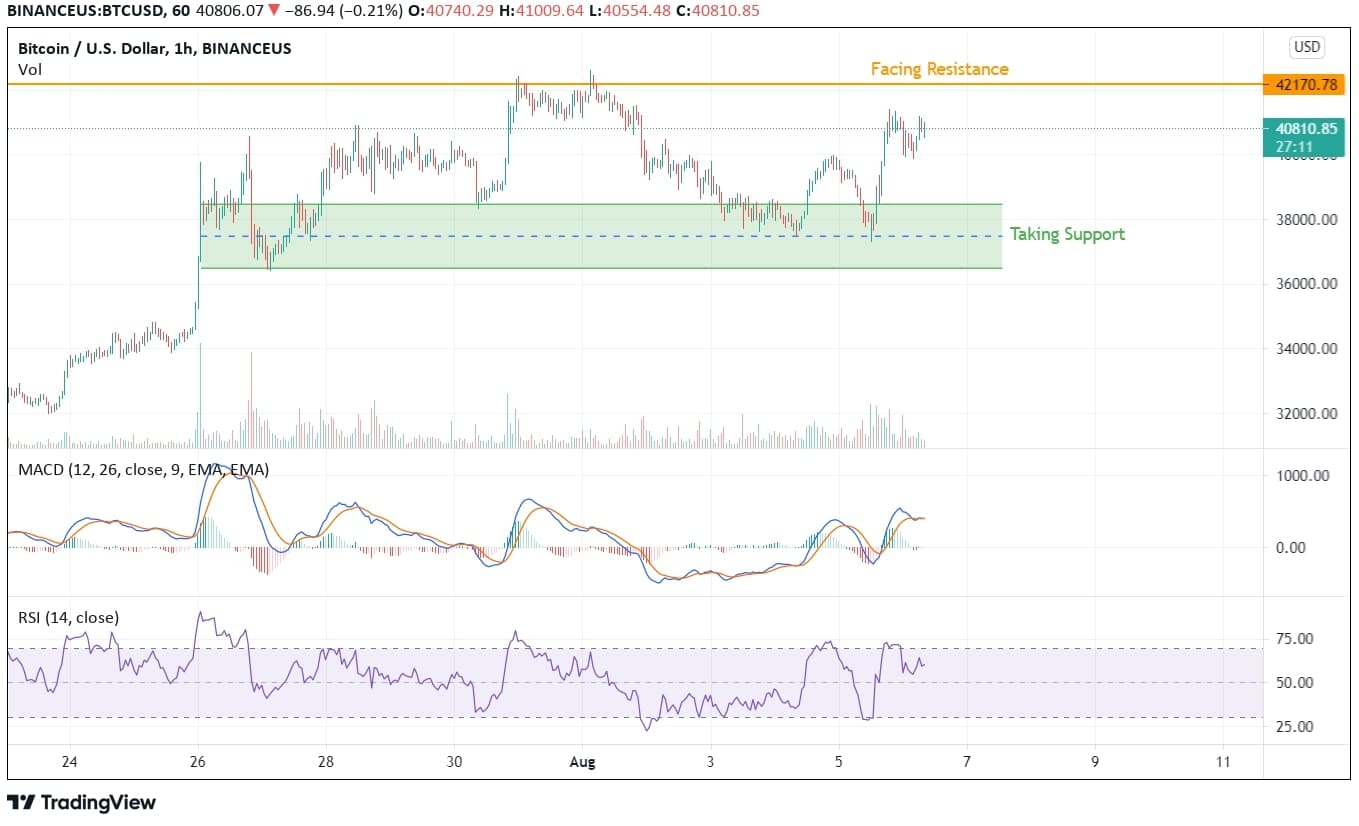 On hourly charts, despite showing strength, BTC is facing resistance in crossing the $42,000 levels and has a smaller support level. If it breaches, the support level expects a decent sell-off trapping new investors with a loss-making position.

On the indicator side, MACD shows signs of positivity, and RSI is trading close to the overbought zones on hourly charts. According to our Bitcoin forecast, there should be some positive movement in the coming days but expect turbulence in crossing the $42,000 levels.