Bybit, the well-known cryptocurrency exchange, has quickly grown in both recognition and popularity globally. The exchange joins hands with Virtus.pro, the CIS region’s most renowned professional gaming club. With the new partnership, both ventures are ready to expand their global reach.

Established back in 2003, Virtus.pro is a prestigious professional league in the Russian region. The league has dominated its most well-known game DOTA 2, with almost 26 million viewing hours in 2020 alone. The gaming club boasts a long list of achievements in its 18+ years of market experience. It has distributed over 16 million dollars in prizes worldwide.

Associating with VP will undoubtedly add to Bybit’s global popularity. After the recent announcement, many interested users started to look for a comprehensive Bybit review to explain its functionalities. The cryptocurrency will reach almost a 29 million global fan base shortly, so its sudden recognition is natural.

The development is preparing for Bybit to have its Grand Slam moment in the esports sector. The exchange entered the esports space this year and has already established four partnerships with four high-profile entities.

The outfits garner worldwide audiences with the most coveted athletes and divisions in the genre, winning international championships and tournaments in many popular games across the globe. HLTV stated that Bybit currently covers three of the top five teams in the CS GO World Ranking.

Ben Zhou, Bybit’s CEO and Co-Founder, commented on the recent development. According to Ben, the popularity of the esport market shows how technology is affecting the modern lifestyle. It is redefining the entertainment sector and inspiring the imagination since the previous decade. Cryptocurrency and related technologies have similar stories, unlocking the potential of virtual assets. Bybit plans to develop an ecosystem where cryptocurrency supporters and traders can get the best experience. 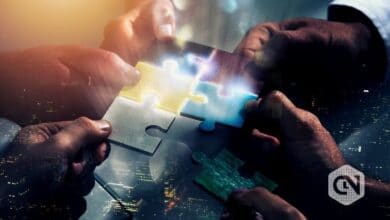 Gate.io Celebrates the Listing Of $EUL

Is Gate.io Safe? An In-Depth Look at Gate.io’s Security!