Google’ director of product management, account security, Google Identity, spam & abuse, Mark Risher, recently warned the cryptocurrency investors to not brag about their digital currencies on any online platforms. The reports are from a recent interview of Mark Fischer, Google’s security lead, with CNBC, when he cautioned the crypto traders to not boast about their cryptocurrency portfolio on the internet.

Bragging doesn’t tend to bring any positive effects of impacts on the speaker in any case it happens. But what does come with it is the exposure, vulnerability, and transparency that a speaker has given to the listener to know more about them, without knowing the unexpected consequences that might take place as a result. And when it comes to cryptocurrency and vulnerability, it is a smart choice not to brag or boast about your crypto investments or your mining benefits on an online platform as it holds a bunch of hackers and scammers looking for an insight to such investors.

Mr. Risher explains that gloating of one’s virtual worth can increase chances of attracting malware from cyber attackers, who has progressed dramatically with upcoming cases of attacks on the cryptocurrency wallets. The Google expert says that many of these cyber-attacks can be traced back to when the victim made a public post on a public platform online and demanded attention from the malicious cybercriminals.

He further said that such cases could be over a mistaken identity or guilt by association. It could also be someone who is of low value and attracts towards a higher value associate, maybe through the political portfolio. Or in cases like this, it can only be because you were the one to discuss your cryptocurrency status by reporting it online and discussing bitcoin on public message board. 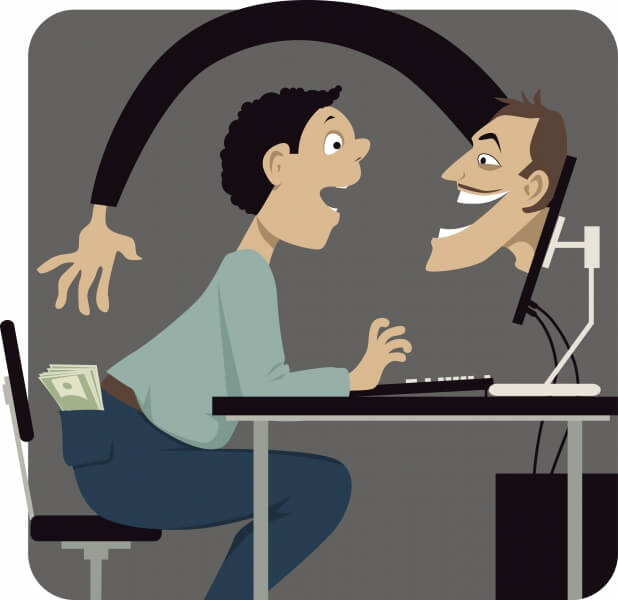 As the times have evolved, so has the technology and this asks for better prevention courses out there to protect you from getting scammed. According to Mark Risher, the internet too seems to have increased its level of sophistication that can allow the attacker to enable scamming appropriately after understanding and researching your portfolio and public announcement over the course of time.

Mr. Risher believes that some of them might even start a conversation with “Dear Sir or Madam, I am contacting to ask you for a favor.” The victim might believe this to be random, but the attackers are mostly doing this for further research on their target.

It isn’t the first warning issued against the chances of online hacking of cryptocurrencies through a public platform. Earlier this year there was the case of Peter Saddington, host of Youtube channel ‘Decentralized TV’, also recounted being the hacking victim in 2017. It was the time when the charts showed an increasing trend in targeting Youtubers and hacking.

He stated that it is necessary to be careful, especially as a Youtuber. Earlier he showed his trades online to his viewers and strictly reprimands against it. Mr. Saddington says that this isn’t a bank that can return your money, if you lose bitcoin it is entirely up to you and there wouldn’t be a bank standing there to listen to you “whine.” Moreover, he was not the only one to be attacked in such practice, but there were several Youtubers names involved in the scam list and learned the hard way to not showcase their trades, investments, and cryptocurrency on an online platform.

Youtuber or not, as a cryptocurrency trader or investor, we strictly believe that by posting your crypto trades online, you are bragging about your assets and that will only give your portfolio attention from the malicious actors.