Paxful is a crypto trading platform that strives to ensure availability and equality of opportunities to access financial services. They operate mostly via peer-to-peer finance in the underbanked and unbanked territories of Latin America. Every Paxful customer gets 24/7 customer support and a free digital wallet that lets them send, receive, and store Bitcoins.

One of the best crypto exchanges in Nigeria – Paxful announced in a press release that, its latest collaboration with CoinLogiq would open 20 new ATMs in Colombia. These ATMs would be solely dedicated to cryptocurrencies. The machines will make transactions with digital currencies, easier and more convenient. The ATMs will be available in shopping malls and crowd-hotspots throughout the chief Colombian cities, like Bogota and Medellín.

The Paxful-CoinLogiq partnership will also allow users to access the Paxful Kiosk (virtual Bitcoin) which is integrated into the ATMs. It would enable customers to acquire Bitcoins using different payment methods, such as gift cards, online transfers. They will also be purchasable via traditional modes like cash, credit, and debit cards. The machines will also allow transferring and receiving money using cryptocurrency.

Latin America has real heroes in the CoinLogiq crew. They genuinely care and are focused on real use cases. This is what makes bitcoin real and a part of people’s daily lives. We are proud to work with them.

Ray Youssef, the CEO, and co-founder of Paxful, declared.

In the country, traditional currencies are the most commonly used payment mode, but the digital currencies are also catching up. In a previously conducted survey, conducted by Paxful, it was found that more than 79 percent of the survey participants were familiar with bitcoin, and 6 percent of participants said that they had invested in cryptocurrency in the past while more than 80 percent of them expressed that they are definitely willing to explore the realm.

One major highlight from the survey is that 91 percent of respondents agreed with the notion that digital currencies will mark the future of world trade, this served as a greater indicator of what the future of cryptocurrencies could look like for Colombia.

the CEO of Paxful stated.

The use of digital currencies rose considerably. The Global Digital 2019 report also showed that 7.7% of Colombians have already begun investing in digital currencies. Even the Republic Bank in Colombia is a part of the Distributed Ledger Technology (DLT), or blockchain initiative, undertaken to provide greater security to the growing rate of investors.

Paxful’s Manager for Latin America, Magdiela Rivas said that the partnership would ‘contribute to the adoption and acceptance of cryptocurrencies among Colombians and Latin Americans in general.’ He added:

This partnership will not only be concentrated in Colombia but also in Peru, where another 25 cryptocurrency ATMs will be installed in important points of the main cities throughout the country.

How Cryptocurrency and Online Casinos are a Match Made in Heaven? 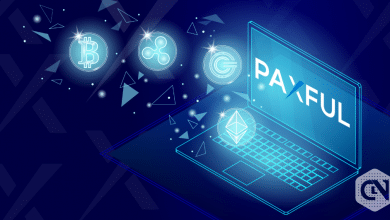 Paxful: Redefining the Way to Sell and Buy Bitcoin