While most regulators are making efforts to welcome crypto operations within the boundaries of rules and regulations, New York financial Regulators are also following the suit.

The New York financial Regulators have recently granted New York’s BitLicense to the Stock trading startup Robinhood and Bitcoin ATM provider LibertyX. These firms are now able to operate virtual currencies in New York. Robinhood Crypto is a subsidiary of the main firm, Moon Inc. The announcement of the approval was made by The New York Department of Financial Services (NYDFS).

On this, NYDFS superintendent Maria Vullo noted in a statement that New York holds a “flourishing financial technology sector,” partly due to its regulatory regime. Robinhood recently became part of some controversy when they released interest-bearing bank accounts which are not protected by the Securities Investor Protection Corporation.

Previously, New York residents did not have access to Robinhood’s services. The firm said that the app would expand the company’s affiliation with cryptocurrencies for New Yorkers. Robinhood was waiting for NYDFS approval before providing services to New Yorkers. The features of the service are not new for most Robinhood users.

Robinhood has earned approval for seven cryptocurrencies including Bitcoin, Ether, Bitcoin Cash, and Litecoin. Robinhood has been offering crypto trading services since February 2018. Initially, it launched Bitcoin and Ether products in some other states. The company has currently enabled trading for Bitcoin Cash, Litecoin, Dogecoin and Ethereum Classic.

Robinhood co-founder and co-CEO Vlad Tenev noted that the new licenses “will complement the larger suite of investment services that New Yorkers already have access to on the Robinhood platform.” Adding, he said, “The NYDFS has been very helpful throughout this process, and we look forward to their ongoing guidance as we prepare to launch Robinhood Crypto in New York.”

Notably, LibertyX is the first ever firm to get a license that can sell cryptos for debit cards. Basically, it works as a network which enables retailers to accept cash and credit card transactions in exchange for Bitcoin. Now, that the firm has gained a license to work in New York, the service will be available for NEY Yorkers. 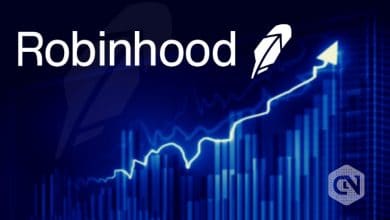 Robinhood Fractional Share Trading: Everything You Need to Know