CoinGecko, one of the leaders in crypto market analysis, has released Trust Score 2.0 in order to take transparency of crypto exchanges a notch higher. The upgraded version of the company’s scoring system is designed to rely on more complex metrics, not just liquidity, for evaluating digital currency exchanges around the world, as per the reports. To divulge more details, the company has published a detailed post on its official blog dated September 10, 2019.

CoinGecko had first introduced the “Trust Score” system back in May this year to fight the increasing rate of false trading volumes reported by exchanges to garner more visibility. However, the company had focused primarily on liquidity metrics in its Trust Score offering so that users could gain insights on the real liquidity of crypto exchanges.

Now the firm has discovered additional measures that help define a great exchange from users’ perspective. According to the blog post, these new and improved methodologies, in addition to liquidity, include the following:

The other two factors, namely Regulatory Compliance and Cryptocurrency Reserves, have not been included in the Score calculations as of now. However, these categories may be included in the future system updates, stated the company. CoinGecko has partnered with Bitfury and Coinfirm for crypto reserves estimation, as well as regulatory compliance analysis, of exchanges respectively.

CoinGecko also revealed that they would be ranking exchanges on the scale of 1-10 where exchange with the rank of 10 will be considered as the best and 1 as worst. Moreover, the new grading system will rank exchanges in a more robust way, making it highly difficult to manipulate the system.

In a statement, the co-founder of CoinGecko, TM Lee, stated that this new launch is the progress made in promoting cryptocurrency exchange transparency. Lee also said that as one of the biggest crypto data aggregators in the world, they have to offer actionable and critical data to their users. Adding further, Lee expressed that they are looking forward to furthering innovation for even better evaluation of crypto exchanges on the basis of comprehensive data sets.

The new grading system is now live. The firm has identified top 5 crypto exchanges as well that include, Binance, Bittrex, Bitfinex, Coinbase Pro, and Poloniex. 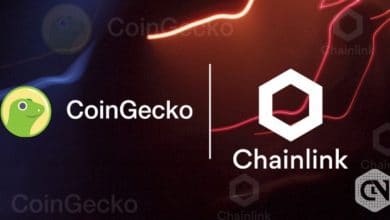