In the highly dynamic world of digital currencies, nothing can be aforesaid until it happens in reality as its almost impossible to assess the future outcomes easily. The recent news about the giant messaging app the Telegram Group being halted by the SEC had indeed taken the cryptocurrency arena in a blow as it had popped up when it was expected by none.

On Friday, the U.S. Securities and Exchange Commission (SEC) announced that it has acquired an emergency restraining order against the Telegram Group as well as its subsidiary TON Issuer concerning their $1.7 billion token sales. The Telegram Network, which was slated to go live on October 31, 2019, has been stopped by the governing body from indulging in the sale or otherwise distribution of its gram tokens within the US boundaries.

As per the allegations stated in the complaint, Telegram failed to register its recent offer or sale in which it sold 2.9 billion gram tokens at “discounted prices to 171 initial purchasers globally.” During the sale, more than 1 billion gram tokens were sold to the U.S investors.

Stephanie Avakian, who works as the co-director in SEC Division of Enforcement, stated in her statement that the emergency action is “intended to prevent Telegram from flooding the U.S. markets with digital tokens that we allege were unlawfully sold.” She further added that the platform restrained itself from feeding the investors with the necessary information about the gram token and the firm’s internal operations.

“We have repeatedly stated that issuers cannot avoid the federal securities laws just by labeling their product a cryptocurrency or a digital token. Telegram seeks to obtain the benefits of a public offering without complying with the long-established disclosure responsibilities designed to protect the investing public.”

Contrary to many sponsors of cryptocurrency ICOs, Telegram raised funds from a small group of private investors, including rich individuals, venture capitalists, and large hedge funds. By limiting the fundraising process to a handful of rich people and industrial investors, the firms save themselves from the requirement of filing public disclosures with the SEC.

This was argued by the SEC in the case proceeding where its legal filing stated that Telegram’s private ICO failed to comply with the law merely because the initial investors will resell the tokens as soon as the coins are delivered. SEC attorney’s filing read, “Their ultimate goal is the wide dispersal of grams into the public markets.” The regulatory body clarified that it filed for the restraining order on urgency because otherwise, the app would have employed the situation to veil “who has purchased grams and/or to know who is a current investor in grams.”

The complaint filed also states that Telegram should return any amount earned as illegal profits and also pay a civil monetary penalty. 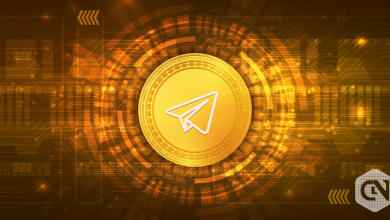