The largest blockchain events in China invited more than 2000 participants and 250 blockchain technology experts from the industry, along with VeChain Partners DNV GL and Deloitte. The Summit was focused on exploring roots for massive blockchain-based applications depending on upcoming demand in the near future and also focused on sharing visions about regulations and compliances of the same.

VeChain's @sunshinelu24 attended the Shanghai International Blockchain Week 2019 together with DNV GL's @rgrottola, and Deloitte's @Bacco1977Dublin as keynote speakers and shared their vision on how the VeChainThor Blockchain enables real business value.https://t.co/rAwmJlO9KC

VeChain Founder Sunny Lu, one of the key speakers in the summit, delivered a speech sharing his extensive experience in developing blockchain-powered technology and its real-world applications. The summit also saw other premium guests of VeChain ecosystem. Antonio Senatore, Vincenzo Di Nicola, and Renato Grottola, who are partners and advisors of VeChain also delivered their insights.

While elaborating about how the Blockchain technology integration is restructuring the business models, Lu insisted that Digital assurance isn’t just a fantasy and mass adoption of Blockchain will entirely empower various business sectors.

Sunny Lu called Blockchain as the most secure option of all, in the world surrounded by regular financial frauds and infringements. He added that it is much better than Bitcoin in terms of digital assurance and its ability in moving value. Blockchain provides the genuine integral option to store data and make it available for business applications, which is otherwise vulnerable to vanishing in the digital world.

Sunny Lu repeated Blockchain’s significance even in his recent tweet:

Taking off. Digital assurance is The Killer App of Blockchain other than BTC. And @DNVGL is making it. And more value they create, more value to VeChainThor. The first Giant Builder! pic.twitter.com/vtEigq9UVJ

VeChain has partnered with DNV GL with its proven proficiency in blockchain-based applications to develop My Story, a blockchain-based Business assurance solution which has already been implemented by three Italian Wineries.

Antonio Senatore, Global CTO at Deloitte Blockchain and member of VeChain Foundation Board said in his speech that they migrated to public chain VeChainThor because everyone connected on this platform is verified and thus it is secure for the clients. Plus it provides a platform to connect products, enterprises, and people digitally.

Renato Grottola, Global M&A and digital Transformation Director at DNV GL, too emphasized on VeChainThor Blockchain in his keynote dialogue. He also said that the real value and innovation potential offered by Blockchain technology to society is transitioning from real to circular economies.

America’s Blockchain Summit is Going to be Held on November 7-8, 2019 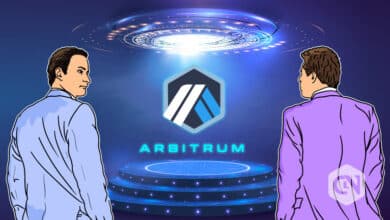 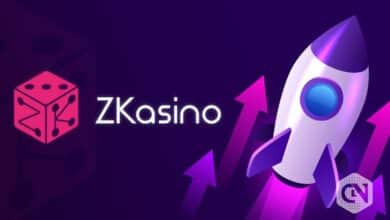 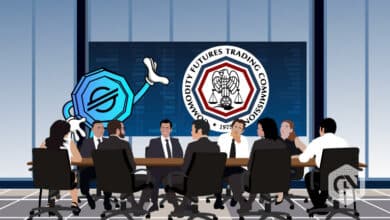 CFTC’s opinion on the regulation of the digital assets market