The best part is that many banks and international payment providers use Ripple as their core function. It includes big names like HSBC, Bank of America, American Express, Royal Bank of Scotland, and many others. The payment can be successfully transferred within a few seconds, whereas other crypto platforms such as Bitcoin and Ethereum take more than a few hours.

There is a maximum supply of 100 billion XRP, whereas Ripple Labs controls 60% of them. It was launched in 2017 under the name of XRP Ledger. The idea was to create a sustainable decentralized digital platform for payment processing. After that, the developers joined a company named NewCoin, which was later renamed Ripple. After that XRPL founder gifted 80 billion tokens to XRP, and Ripple Labs became the owner of this platform.

Ripple is basically a technology to offer better infrastructure for cross-border payments. XRP is a native coin that helps to pay gas fees in transactions. If you are interested in Ripple, please read our XRP price analysis. 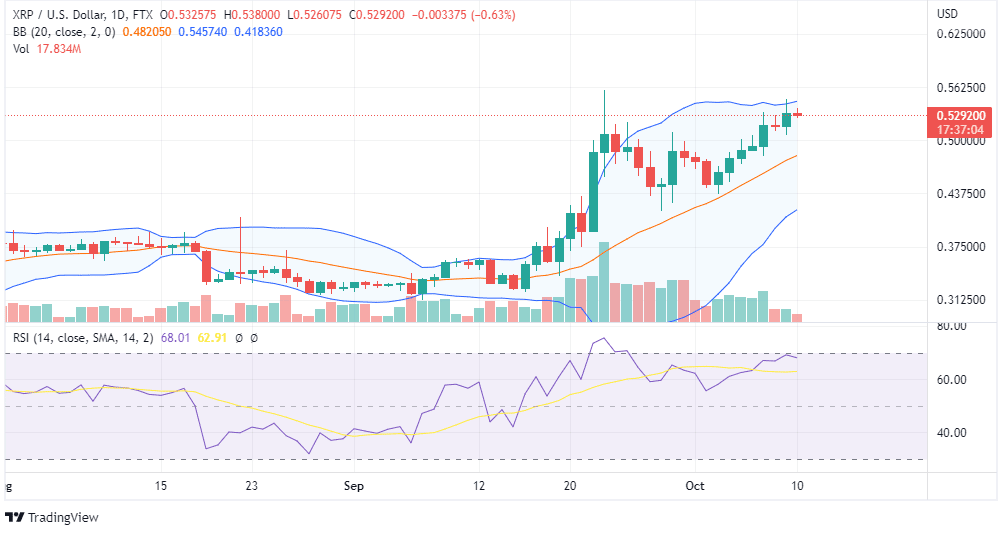 XRP was trading around $0.529. On the daily chart, candlesticks are forming in the upper BB that might face an initial resistance of around $0.545, but the short-term target will be around $0.6. Most technical indicators, such as RSI and MACD, are bullish, so it is an ideal time to invest for the short term. But before that, you must read our XRP predictions by clicking here! 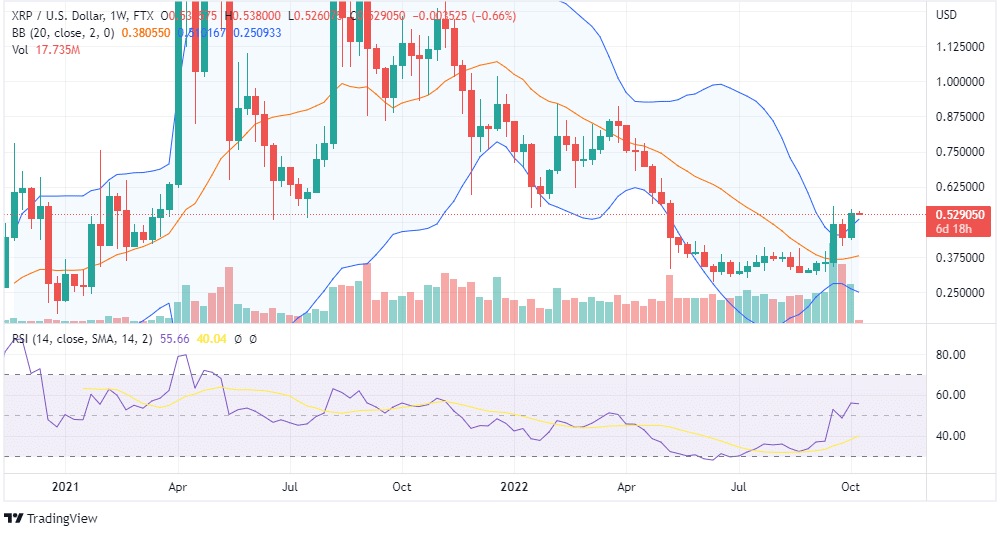 The last weekly candles of XRP have broken the upper range of the Bollinger Bands, and now it is forming a weekly red candle that suggests it might fall to the level of $0.45. That might attract new buyers for the long term. The token is bullish, and it might take support around the baseline. With positive RSI and MACD, XRP can be a perfect coin to buy for the long term.