There is no doubt that in today’s technologically advanced world, blockchain and digital currency has been gaining considerable momentum. However, there are still many people who perceive blockchain technology as just a means of a secured peer-to-peer method of payments. Then others feel that the decentralized blockchain-based smart contracts can successfully eliminate the need of centralized authorities like banks in the future.

But for that to happen, one must realize the true potential of the blockchain technology, where it has succeeded so far and what innovative steps need to be taken to achieve a more robust technology for future desired results.

Realizing this, Ripple thoughtfully shared on Twitter that how a network of networks can be created through interoperability between various blockchains. Ripple is a prominent real-time settlement protocol, remittance network and currency exchange platform across the world.

Find out how interoperability between #blockchains creates a network of networks that includes payments, trade, supply chains and more. https://t.co/PrP3WWDRFg pic.twitter.com/cVwQQSUJTg

In order to provide more details and educate the blockchain enthusiasts further on the theory of interoperability, Ripple shared a detailed post. Let’s dive into the information pool to understand things better.

The success of Blockchains:

Ever since its introduction into the commercial sector, blockchains have significantly changed the way people do business. It has not only created more trust between the involved parties but also facilitated higher transparency and transaction speed. As a result, the risk associated with doing business has greatly reduced as well.

Several sectors utilize the technology of blockchain, including consumer sector, science, and research, governments, and utilities. In fact, if you research, you will find many thriving blockchain projects in operation globally – whether it is an application of financial payments, supply chain management, or trade finances.

The primary reason behind the success of blockchain in these industry verticals is its solution based offering. Meaning, it has offered real solutions to real problems faced by these industries. Through blockchain utilization, these industries have enhanced their services in addition to providing faster and cheaper transactions, and increasing level of security. That, in turn, opens new doors of opportunities for businesses to grow to a great extent.

The Network of Networks as a Solution:

The industries that have used blockchain technology have obtained positive results, encouraging other businesses to enter the space. After all, businesses can take advantage of a blockchain network in terms of seamless cross-border payments as well as secured and faster international trades.

This power of blockchain can be accelerated further if the related blockchain technologies are grouped. Such grouping would create a network of powerful networks that can communicate with each other. It will contribute to the widespread adoption of blockchains all over the world. Also, there would be greater benefits to reap as the slower process would be eliminated and replaced by faster, more reliable & flexible blockchain technology.

The benefits of such a network of networks are not just restricted to supply chain, payments, and trade. Grouping blockchains together can transform the interconnected industry verticals significantly. However, it is imperative that different blockchain technologies communicate and efficiently carry out complicated tasks together, at protocol and business levels. For that to happen, industries are required to embrace processes that facilitate interoperability between these different blockchains easily.

Once that is achieved, industries will be able to utilize the network of networks to their optimum capacity. How and when that happens, remains to be seen.

XRP vs. BTC: XRP Having a Nosedive This Year Despite Larger Supply Than BTC 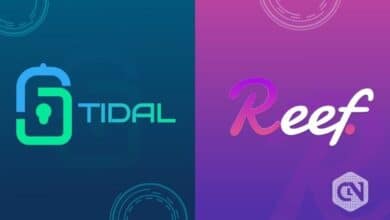 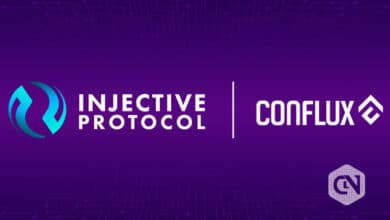