The latest news doing the rounds in the crypto world is about a new decentralized ecosystem whose main focus and objective are to create a sense of awareness of the blockchain technology and to make the same available to the common man. This new ecosystem is called ARK. The common man would consider ARK to be just like any of its rivals in the industry. However, many reports suggest that it has a high rating in terms of its market capitalization.

What does ARK offer?

ARK uses a technology known as SmartBridges. This technology enables different blockchains to be linked to each other. An ideal example of linking blockchains would be Ethereum linking up to the Bitcoin blockchain by using ARK as a medium of linkage.

ARK and Its Components :

ARK users will benefit as compared to users of other blockchain platforms since the current block time for ARK is 8 seconds. November 2018, saw the launch of the second version of the main net which justifies the company’s focus and objective.

Even though the ARK blockchain creation system is currently not in operations, the talk about it in the crypto world only goes to show that the demand for the platform will be high once it begins operations. 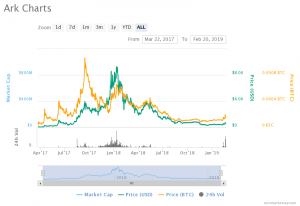 “ARK provides users, developers, and startups with innovative blockchain technologies. We aim to create an entire ecosystem of linked chains and a virtual spiderweb of endless use-cases that make ARK highly flexible, adaptable, and scalable. ARK is a secure platform designed for mass adoption and will deliver the services that consumers want, and developers need.”

All you need to know about GAS Cryptocurrency

ICON Aims to Build The Largest Decentralized Networks in the World 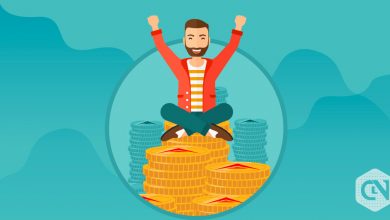