As per local news outlet, Wood TV, the United States federal department recently raided the offices belonging to Michigan-based science and tech center in connection with unauthorized cryptocurrency transactions. The report was released on 5th January.

The raid was conducted in cooperation with the Homeland Security, following an investigation that revealed Boden’s unauthorized crypto trading in the office that was used as a workspace that acts as an incubator for local startups and provides low-cost computers for the public.

As per the revealed report of Wood-TV, the founder of The Geek Group, Chris Boden made a live public announcement via YouTube on Saturday night. In the video, he opened up about the matter and claimed that his tech-oriented office and non-profit organization had been raided by the members of the U.S. Federal Bureau of Investigation (FBI) and the Department of Homeland Security (DHS) on 21st of December. He also stated that as a part of the raid the FBI and the DHS had taken the custody of all the computers and other pieces of equipment which were available at the premises. The video has now been deleted.

Further, as stated by Wood-TV, Boden also mentioned that he was “commercially trading in crypto-currency [sic] without the proper authorization.” 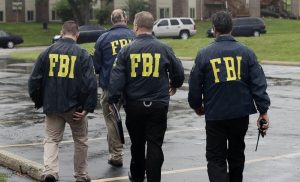 Chris Boden also stated the legal problems he is going to face, and as quoted as WoodTV, Boden stated that “I did a stupid thing, I made a bad decision, so I’m going to pay for it.” Boden thinks that he may be charged for around $100,000 under legal expenses and may be facing federal prison time.  The FBI officials refused to comment on the charges Boden is facing.

Boden took the entire blame on himself and stated that he is fully responsible for everything that happened.

Moreover, probably to fund the incurring legal cost, he also mentioned his plan to sell all the businesses and assets.

Giving a further explanation on the matter, Boden posted a post on Facebook on 6th January, in which he mentioned that he would be writing a live public statement in an open Google Doc explaining the matters. Till the time of writing the article the document read as “On the advice of legal counsel I will not comment further on the Government’s ongoing investigation.”

In the previous month, the CEO of Romania’s largest crypto exchange Coinflux was arrested from the U.S. for fraud, organized crime, and money laundering activities.

Is Dubai Planning To Become First Blockchain City By 2020?